Could I live without travel slang? Oh no...
In case you stumbled upon a "weird" expression, this little dictionary might come in handy. 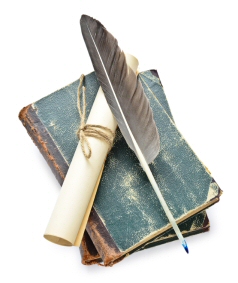 First of all - none of these are meant to be offensive, but merely harmless, humorous, metaphorical etc.

Part of this slang was invented by me, but most of the words are commonly used by others as well...

(Spanish): literally means "drunk", but I also use it for describing peculiar comic grotesque figures who behave or look like Barney Gumble from the Simpsons (rather fat and lazy-clumsy male persons)

exceptionally friendly male person (regardless of age) - otherwise: a very friendly guy can be a "bro", but a "guy" is just a guy... whereas "bloke" is just a young guy

lift, elevator; it could also refer to a cramped sleeping compartment (such as one on a train) or a small hotel room

young lady - I prefer the term "doris" instead of "chick", because the latter sounds a bit degrading and too popular to me

a trip is an escape (I call all my travels escapes); but a visit to particular places within a city (e.g. a city tour, walkaround) is a mere "trip"; my "escapes" are listed directly under the My Escapes page, but within them you can find a variety of smaller trips (short escapes) and other articles

the full-of-muscle type male figures with an aggressive attitude - the kind of men you usually find at the entrances of bars, clubs or, the "bodyguard", security employee-type

refers to my first "look around" walks, trips at any particular location where I recently dropped-in to; a short look-around walk for curiosity without thorough exploration

restaurant (because the "reconditioner" reconditions you to a non-hungry state)

restaurant (similarly to the expression above... you essentially get "refurbished")

suspect-looking, even dangerous-looking street male person ("creep") - the typical specimens are individuals who stroll on streets apparently "doing nothing serious", just loitering, while wearing snobbish outfits (like: sunglasses, "pimp"-like clothing, excessive male jewelry, too sporty or too extravagantly "elegant" snobbish outfits)... these male persons can be encountered especially in late hours (and during the night they roam like flocks of sardines) in alleys, in and around bars, night clubs and are part of the "fauna" of low-run, badly-famed neighbourhoods...

exceptionally friendly young lady - term I use similarly to the "doris" term, only that "sister" expresses sympathy, while "doris" simply refers to any "young lady"; "sister" or "sis" are analogue to the male "bro" (which derives from "brother")

person who gives excessively much importance to his/her social status (typically over-preoccupied with self-image, social reputation, often brash, arrogant and cocky people); I include snobs into this category

long rides that taxi drivers take you on, only to make you pay a lot more for a trip that could be a lot shorter (tourists are generally the victims of such tricks);

a person who tries to trick others; fraudsters, swindlers may be included in this category (street sellers offering "original Rolex watches" or "friendly strangers" who want to invite you somewhere)

includes categories of weird persons like "borrachos", "gorillas" and "shady creeps", as well as the stray animals living in a city (let them be cats, dogs etc.), as well as the freely living animals (for instance, the birds)

strange, odd, unusual - but not necessarily in the negative sense; for instance, a salad can be "wicked", or a bus ride or even the sunlight

this is what I do when I look around, walk around checking out restaurants (mostly from the outside), trying to get a glimpse of their menu, but not ordering anything

Escape Hunter, the young solo traveler in his early 30's explores the World driven by curiosity, thirst for adventure, deep passion for beauty, love for freedom and diversity.
With a nuanced, even humorous approach to travel, an obsession for art and design, Escape Hunter prefers to travel slowly, in order to learn and "soak up" the local atmosphere...

Who is Escape Hunter?

As "Escape Hunter" - the curious incognito traveler with an insatiable drive to explore, I embark on slow and deep travels around
our beautiful World.

Join me and I will show you exciting destinations
"from within", through my
"escape" trips!

Guide to my personal travel slang vocabulary, which seasons my content...